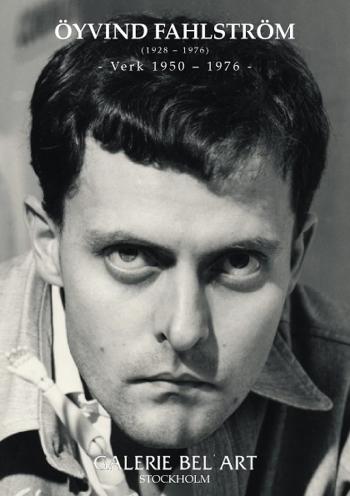 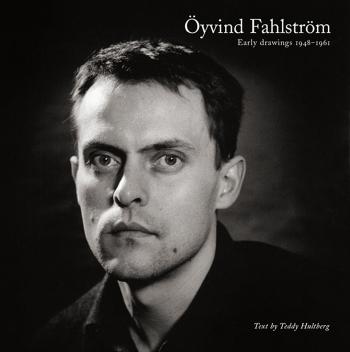 Öyvind Fahlström was born Brazilian on the 28th of December 1928 in Sáo Paulo, the only child of Frithjof Fahlström, born in Trondheim, Norway, in 1886, and Karin Fahlström, nèe Kronvall, born in Stockholm in 1900. He spends his childhood in Sáo Paulo, Niteroi and Rio de Janeiro and is educated in Portugese and English at Escola Britannica de Sáo Paulo.

1939 In July, at the age of ten-and-a-half, he is sent to Sweden to spend the summer with his maternal grandfather and aunt. A month after his arrival in Stockholm, Germany invaded Poland. Now stranded by the outbreak of World War II, he is enrolled mid-September in Whitlockska Samskolan, a private school for foreign students in Stockholm.

1948 His parents return to Stockholm, by which time he is an adult. After graduating at the top of his class in June, he is forced to choose between Brazilian and Swedish compulsory military service. He elects to become a Swedish citizen and relinquishes his Brazilian passport.

1949-52 Classical studies and art history at the University of Stockholm. Travels to Paris and Italy meeting other poets and painters.

1950-61 Theatre and poetry, journalism, criticism, translations. Contributes regularly to the Swedish press on cultural topics, both local and foreign, a role he will perform the rest of his life. Divides his time between Stockholm, Paris, and Rome.

1955-57 Produces Ade-Ledic-Nander I and II, which are part of a planned series of "character-form" paintings. Writes twenty-seven page scenario for the second painting. Separates from Birgitta Tamm.

1958 Contract with Galerie Daniel Cordier, Paris. Participates in the Pittsburgh International Exhibition of Contemporary Painting and Sculpture at the Carnegie Institute of Art. Scholarship for study in Italy. Divorces Birgitta Tamm.

1961 Grant from the Swedish-American Foundation to live in New York. Moves into the 128 Front Street studio formerly occupied by Robert Rauschenberg. Jasper Johns lives in the same building. Henceforth he lives and works in New York, spending summers in Sweden, France and Italy. Begins the Sitting… series.

1965 Writes the plays Hammarskjöld om Gud [Hammarskjold on God], which is staged at Pistolteatern, Stockholm in 1966, directed by Sören Brunes, and Bröderna Strindberg [The Strindberg Brothers]. Represented by Sidney Janis Gallery, New York.

1966 Den helige Torsten Nilsson [Holy Torsten Nilsson], a five-hour audiphonic novel, is broadcast by Swedish radio. First variable multiples, Eddie (Sylvie's Brother) in the Desert and a banner, Send Me Back to Congo. Represents Sweden at the XXXIII Venice Biennale (the most important work is Dr. Schweitzer's Last Mission, 1964-1966). Performance of Kisses Sweeter Than Wine for 9 Evenings: Theatre and Engineering organized by Experiments in Art and Technology at the 26th Street Armory, New York. Roulette, his first painting in oil on photo paper is shown in Erotic Art at Sidney Janis Gallery. Bord (poems 1952-55) published by Bonniers, Stockholm. The Strindberg Brothers is translated to French. Mao-Bob Hope-March (black and white, 16 mm) using material from Kisses Sweeter Than Wine.

1967 Writes the play Oswald kommer tillbaka [Oswald Comes Back]. Solo exhibition at Sidney Janis Gallery, New York. Produces his first work in which the oil on photo paper on vinyl elements float on water (Parkland Memorial). Version of Kisses Sweeter Than Wine broadcast on Swedish radio. Monograph published by Bonniers, Stockholm. Participates in towards a cold poetic image, Galleria Schwarz, Milan; Pictures to be Read/Poetry to be Seen, the inaugural exhibition of the Museum of Contemporary Art, Chicago.

1970 Starts work on the Monopoly series. Om livskonst o.a. [On Life-art, etc.], a selection of articles and essays by Fahlström, is published by Bonniers, Stockholm.

1972 Cellen [The Cell], a radio theatre collage for Swedish radio based on interviews with cancer patients. Du Gamla Du Fria [Provocation] is shown at the Venice Film Festival. Self-publishes Sketch for World Map Part I (Americas, Pacific) which is distributed in the May issue of the New Left journal, Liberated Guardian, in an edition of 7000 copies. World Bank is selected for the New York Collection for Stockholm, an American gift to Moderna Museet. $108 Bill is published by E.A.T. in two editions: as a silkscreen print and as a lithograph. Writes the play Dromdjuret [The Dream Animal].

1973 Solo exhibition at Sidney Janis Gallery, New York. Writes the play The Black Room, based on the Watergate scandal. Retrospective at Moore College of Art Gallery, Philadelphia. Sketch for "World Map", is published as a silkscreen print by Avery, Kenner and Weiner, Inc. to benefit the Youth International Party.

Dies on the 9th of November in Stockholm.